Since the Morobe Show began in 1959, Cowboys from all over Morobe Province have taken pride of place in the main arena, and this year’s spectacle is due to be bigger, faster and better than ever! 80 Cowboys from all over the province will gallop, weave and jump their horses in a fiercely contested battle to see who can take out the glorious title of Champion Cowboy.

The Cowboys and Stockmen work hard throughout the year on cattle stations all over the province, using their fine horsemanship skills to move cattle from paddock to paddock to ensure that they are well looked after and well fed. During the show we get the chance to get up close and personal with them and to marvel at the way the Cowboy’s move as one with their striking steeds.

Horse Events Councillor Wayne Uechtritz said that the Cowboy’s were always a crowd favourite. “The Cowboy events will be split over the two days of the show, with Saturday morning’s events focused on the prestigious events of Best Presented Horse, Supreme Led Horse and Show Jumping, while Sunday’s events let the Cowboys and Stockmen have a bit of fun with Individual and Team Mounted Games.”

He said that this year the judging panel will include the well-known and respected John and Jan Clarke who have been residents of Lae for xx years. Jan herself is an avid horse lover and has kept a number of horses at the Showgrounds for many years.

Bruce Guaran event assistant organiser from Ramu’s Leron Station said “It is a testament to the development of the Cattle Industry in the Morobe Province to see how much improved the Cowboy’s riding skills are from one year to the next.”

“Ten year’s ago this event was lucky to get 40 riders competing and now we have to cap entries to the first 80 as everyone is keen to show their family and friends what they can do in the main arena.”

Guaran said that the Cowboys spend days preparing for the show, from grooming their horses to practicing their team and individual events.

Last year it was the Cowboys from Ramu who proved to be too strong for their competition, taking out the Team Mounted Games and many of the Individual events as well. The Champion Cowboy in 2013 was Begry Bingel from Ramu Argi Industries at Gusap on his horse named Dumpu.

The 2014 Champion Cowboy will be rewarded with a beautiful leather saddle donated by the Cattleman’s Association and there will be plenty of other prizes on offer to the winners of individual events. “We welcome one and all to come witness the Cowboy action in the main arena during this year’s Morobe Show, it will be a sight not to be missed!” said Uechtritz.

The judge is looking for a well groomed horse. The horse must look clean, its hair neatly cut and brushed, its teeth clean, its hooves polished and the saddle and reins should be clean and well presented. The rider should also look smart.

The judge is looking for a strong and healthy horse which has good conformation, in others words, he/she is built to run, to turn and twist and to respond to its rider in its job of managing cattle.

Whilst show jumping is not something that these cowboys and horses would normally do on a daily basis, the skills needed to ride a horse through an obstacle course and over the jumps mirror real life scenarios the Cowboys face whilst herding the cattle and avoiding hazards. It is a true test of the partnership between Cowboy and horse as they have to be perfectly in sync working together to successfully navigate the course.

Saturday afternoon at 4.45pm, the main arena is the place to be! That is when 30 contestants in traditional archery will be competing in their first round of the Traditional Archery Competition.

The art of archery is thousands of years old and was traditionally used as a means of hunting and combat. Archery bows in Papua New Guinea are traditionally made from wood or bamboo with bowstring of twisted plant fibre or split rattan or bamboo. The arrows produced by different tribes in Papua New Guinea are some of the most diverse and complex of all arrowheads in the world. Numerous specialised spearheads have been made including multipronged heads for bird hunting and fishing, bamboo blades for hunting and plain and barbed hardwood tips for warfare. Traditional archery in Papua New Guinea is a far cry from modern day forms of archery with the light, versatile and accurate carbon fibre bows and arrow that are in use. All archer’s in the Morobe Show Traditional Archery Competition use a bow and arrows made from 100% traditional materials.

Each archer fires one arrow at three different targets with the highest scoring 10 contestants returning on Sunday at 4.30pm to contest the final. Pure Energy (formally Interoil) has again continued their sponsorship of this event. The winner receives K300 whilst each of the other contestants also receive some prize money.

Come and enjoy the skill that the archer’s exhibit. Their bows are deadly accurate – I wouldn’t want to meet them on a dark night!

FUN FACT: Did you know that a person who is an expert at archery is known as a ‘toxophilite’?

Over the past few years the biggest crowd pleaser and highlight of the Morobe Show would have to be the Australian based Yamaha Freestyle Motocross Team and they are back to dazzle the crowd.

The Yamaha Freestyle Motocross Team are led by one of Australia’s leading freestyle riders, Joel Balchin. Joel began touring with the highly successful Crusty Demons Freestyle Team in 2005 and is also the editor of the Crusty Magazine. He and his guys are expected to perform many hair raising tricks including the Whip, Superman, Nac Nac, Heart Attack, and the crowd favourite and extremely dangerous Back Flip.

Joel, who has performed in over 20 countries worldwide as part of the Crusty Demons, has been wowing the crowds at the Morobe Show for over 6 years now.

Balchin said “It’s always a good time to ride in front of the people here in Lae, they really get very loud and cheer us on. The heat here is very intense, it’s hard work riding in these conditions but we give it our all and I never get sick of it. I love riding here.”

“The favourite trick is the back flip, everyone loves to see the back flip so we are doing it out here and every time they see it they yell ‘back flip, back flip,’!” said Balchin.

The team are proudly sponsored by Yamaha who assist in the huge logistical task of getting the bikes and the team up and back from Australia. Thanks also to Coral Seas Hotels who are again putting the team up for the duration of the Show.

The riders will perform three shows per day over the two days of the show.

The Ramu Agri Industries Sing Sings will be another big and bright Morobe Show spectacle with 60 groups from all over Papua New Guinea participating in this magnificent event showcasing the rich and diverse culture of Papua New Guinea’s many tribes. Over 2,000 tribal dancers will descend on Lae to give us one of the country’s finest and largest Sing Sing displays.

The pride and excitement of the groups that take part to show Lae and the wider world the unique dress, culture, music and dance of their village is well worth the effort for many of these smaller communities represented. All of the groups go to enormous trouble and no small expense to dress up in their traditional local finery, with elaborate face paint, furs, feathers, shells, beads and skirts of grass and traditional fabric and in some cases, huge headdresses of magnificent feathers and even complicated boat designs.

Cultural and Traditional Dance Councillor Karen Quinn says she has been involved in the Sing Sings for over 20 years and the displays never stop amazing her. She said that there are always one or two new groups that the Show has never seen before and that this year is no exception.

The Morobe Provincial Agricultural Society is keen to promote the passing on of traditional PNG Culture to the younger generation. Organising and choreographing the groups on the day is a huge challenge and many Lae-based companies also contribute assistance to help feed these great performers. Thank you to Trukai, Nestle, Fabelle, Rabtrad, Lae Biscuits, Paradise Foods, Mainland Holdings, Papindo and Goodman Fielder for also helping with rations for these fantastic entertainers and a BIG Thank You to our wonderful Major Sponsor Ramu Agri Industries Ltd and we look forward to another awesome Spectacle this year.

The trainee officers of the PNG Defence Force Joint Services Officers Training College based at Igam Barracks will demonstrate a Platoon Attack in the main arena on Saturday and again on Sunday. This is a fiery exercise and involves both male and female officer cadets in action. A great example to the Members of the PNG Defence Forces in action. Smoke and plenty of shooting makes a great spectacle. 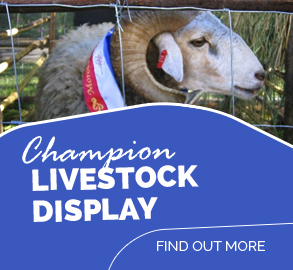 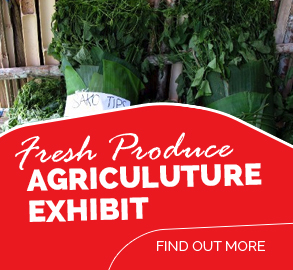 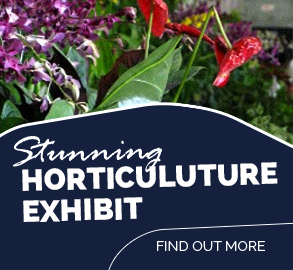